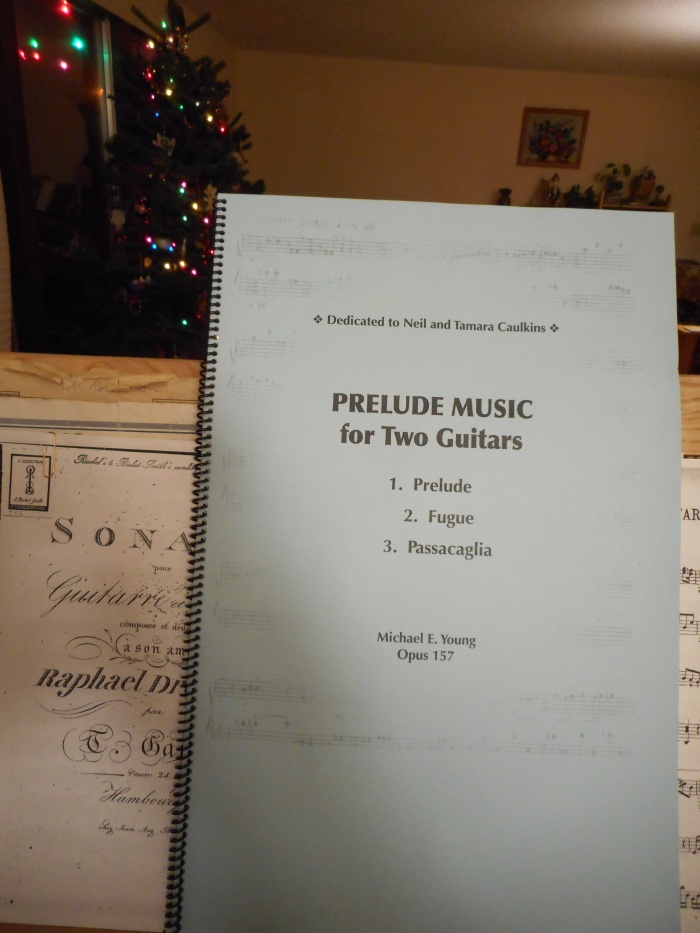 At a friend’s wedding this fall I was struck by the pensive, brooding organ prelude.  I thought that it would be wonderful to have a guitar duet with that sort of gravity.  This immediately brought to mind composer Michael E. Young (b. 1939).  Mr. Young was our composition and history teacher in undergraduate, is a fine organist, and has written pieces for us in the past. Kootenai East, for example, is a duet he wrote for us that we premiered and recorded on our CD.  I approached Mr. Young with my idea of a duet like an organ prelude, and he was receptive.  Later in the fall, he sent me a message telling of spending time at a friend’s house.  During his visit he said that he “began hearing music.” The result of that was “Prelude Music for Two Guitars,” Op. 157, which we received today.  As one can see, it is in three movements-prelude, fugue, and passacaglia. We wanted to thank Mr. Young for this wonderful gift, and to say how much we are looking forward to premiering it this coming year. This is a fine addition to the guitar duet repertoire.

One thought on “A Wonderful Christmas Present of Music”